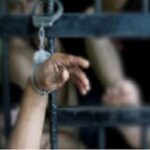 According to a report by the Human right reporters committee, Mohammad Ghasem Khani, the labor rights activist and worker of Iran Khodro, has been arrested on Thursday entering his work place by the intelligence forces and was forced to the intelligence office in the factory and then to the car while he was resisting. END_OF_DOCUMENT_TOKEN_TO_BE_REPLACED