Number of Arrested Arab Activists Increased to at Least 15 People

HRANA News Agency – In a new wave of arresting Arab citizens from Ahwaz, five others were arrested by security agencies. These individuals whose number reached to more than 15 people, are all accused of participation in protests against various issues, including discrimination in employment, conflict in the village of Jalizi, pumping away Karoon’s water and the drying of wetlands and rivers.

According to the report of Human Rights Activists News Agency (HRANA), arresting and summoning protesters have been increasing since December 8, 2017 as the result of protests against the region’s problems, including discrimination in employment, the drying of wetlands and the conflict in the village of Jalizi. END_OF_DOCUMENT_TOKEN_TO_BE_REPLACED

4 Arab Activists Released on the Bail 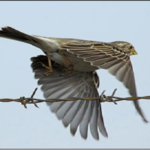 HRANA News Agency – On October 29, four Arab civilians from Ahvaz including three brothers who had been previously detained by security forces, were released on the bail temporarily until their trial.

According to the report of Human Rights Activists News Agency (HRANA), on October 29, 2016, three brothers namely Malek Heidari, 38, Mohammad Heidari, 26, and Emad Heidari, 25, who had been previously detained by the intelligence ministry due to their religious activities, were released on the bail temporarily until their trial. END_OF_DOCUMENT_TOKEN_TO_BE_REPLACED