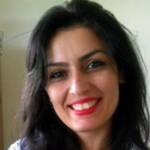 According to the report of Human Rights Activists News Agency in Iran (HRANA), on the morning of Tuesday 10 March 2015, Masoumeh Zia has been summoned to the 2nd base of the Security Police via a phone call. While Ms Zia asked about the reason for this summoning, she was told that she is to be questioned about the gathering of the 25 February 2015. END_OF_DOCUMENT_TOKEN_TO_BE_REPLACED