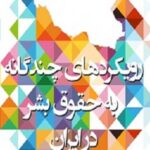 HRANA News Agency – The book of “Diverse Approaches to Human Rights in Iran” by “Seyed Mehdi Khodai”, human rights activist and former political prisoner, is the outcome of discussions on human rights. This book after the Atlas of Human Rights (joint translation with Omid Kokabee), is the second book that has been written by Mr. Khodai, during his imprisonment in Evin Prison.

According to the report of Human Rights Activists News Agency in Iran (HRANA), the book of “Diverse Approaches to Human Rights in Iran” by “Seyed Mehdi Khodai”, human rights activist and former political prisoner, is the outcome of discussions on human rights. END_OF_DOCUMENT_TOKEN_TO_BE_REPLACED

According to the report of Human Rights Activists News Agency (HRANA), separation of political-conscience and security prisoners is based on the nature of the charges raised against them, the majority of the security prisoners were tried under article 501 (espionage) and article 508 (in collaboration with a hostile government) of the Penal Code and are prosecuted in Iran. Due to the lack of transparency of the judiciary in dealing with such cases, in some cases the judiciary uses the security charges as a toll to deal with political opponents and due to the uncertainty of a fair trial for the convicted, preparing and filing the list is based solely on the formal charges against prisons by the judiciary and Human Rights Activists in Iran in the absence of transparency in the court cases, cannot independently confirm the allegations to these prisoners. END_OF_DOCUMENT_TOKEN_TO_BE_REPLACED 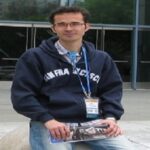 According to the report of Human Rights Activists News Agency in Iran (HRANA), in the mentioned letter which has been published on January 30th the UCS while explaining Omid Kokabee’s scientific practices, has requested the Iranian authorities, as the relations between Iran and the rest of the world are beginning to improve, to prepare the unconditional release of Omid Kokabee so that he can continue his peaceful scientific practices. END_OF_DOCUMENT_TOKEN_TO_BE_REPLACED

HRANA News Agency – Omid Kokabee, a physics PhD student jailed in Iran since January 2011, was awarded yesterday the 2014 American Physical Society’s Andrei Sakharov Prize for “his courage in refusing to use his physics knowledge to work on projects that he deemed harmful to humanity, in the face of extreme physical and psychological pressure.”

Kokabee has said that he had been pressured to cooperate in Iranian military projects that he thought were likely part of a covert nuclear programme. It is the first time a person is awarded the prize while in prison. END_OF_DOCUMENT_TOKEN_TO_BE_REPLACED