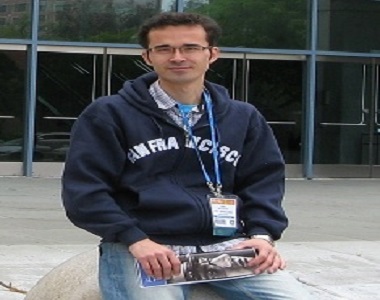 According to the report of Human Rights Activists News Agency in Iran (HRANA), in the mentioned letter which has been published on January 30th the UCS while explaining Omid Kokabee’s scientific practices, has requested the Iranian authorities, as the relations between Iran and the rest of the world are beginning to improve, to prepare the unconditional release of Omid Kokabee so that he can continue his peaceful scientific practices.

In this letter, the Iranian authorities have been thanked for allowing medical care for Omid Kokabee.

The UCS is an independent organization of scientists, physicians, engineers and scholars devoted to the protection and advancement of human rights and scientific freedom for colleagues all over the world.

Currently, on the start of his 6th year of imprisonment, Omid Kokabee is being held at Ward 7 of Evin Prison.

Omid Kokabee, doctoral student of laser at University of Texas in Austin, in February 2011 while exiting Iran was arrested at the airport. After months of interrogations and detention, subsequently Mr. Kokabee received 10 years custodial sentence under charges of “communicating with the enemy state” and “illegal earnings”.

Mr. Kokabee, who has ranked 39 in the competitive nationwide college entrance exam and who has also ranked the 3rd in the chemistry Olympiad of Iran, has studied masters at Polytechnic University of Barcelona in Spain and for continuing his education in doctoral level he was accepted in the Texas University of Austin. Shortly after his arrest, Mr. Kokabee in an open letter to the head of judiciary of Iran which was published in “Kalameh”, has written that he considered the whole process of “arrest, accusations and interrogations” illegal, and has expressed his regrets for giving false confessions under extreme circumstances of “terror, fear, coercion, and threats”.

Kokabee after a while in another open letter to Sadegh Larijani -The Head of Judicial System of Iran- while mentioning the promises that had been given to him and his family so that he would collaborate with the maximum security section of the country, has argued: “I have not committed any crimes and have no idea about the secret activities and interests of the government, yet they treat me like this and have literally taken my entire life and my family as the hostage. What would happen to me if in the future I agree on collaborating with the regime and as a consequence learn about their confidential facts and secrets? What would they take hostage this time to ensure that they can trust me?”

Mr. Kokabee along with more than 75 inmates, as a result of the project of dissolution of Ward 350, has been transferred to quarantine of Ward 7 of Evin Prison

Aforetime, Eighteen Physics Nobel Prize winners in an open letter addressed to Iranian Supreme Leader, Ali Khamenei, have called for the freedom of Omid Kokabee, the 32-year-old physicist who has spent the last three years and eight months under custody in Evin Prison.

Omid Kokabee has been honored the prestigious 2014 “Scientific Freedom & Responsibility” Award from the international NGO “American Association for the Advancement of Science”.  According to Kalameh reports, he is the first doctoral student to win this award. The AAAS has announced that Omid Kokabee is honored this award “for his courageous stand and willingness to endure imprisonment rather than violating his moral stance that his scientific expertise would not be used for destructive purposes and for his efforts to provide hope and education to fellow prisoners.”

This young scientist has not stopped his research and scientific practices in the prison, for instance he has translated the “human rights atlas” to Farsi in cooperation with Mehdi Khodaei in prison.