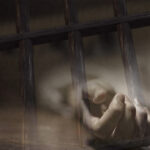 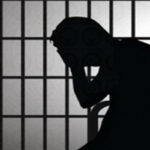 Human Rights Activists News Agency (HRANA)- Rajai Shahr prisoner and father of one Ali Ahmadi, 50, has been transferred to a hospital after attempting suicide by pill overdose. As of the date of this report, his medical status is unknown.

According to a close source, Ahmadi attempted suicide to escape the prospect of continuous harassment from the prison mafia, a group of inmates maneuvered by Ward 1 Head “Hassan Kord” (real name Hasan Gord) who physically assaulted him for refusing to pay them, and then got away with it.

“On Kord’s orders, they went to hector Ahmadi into paying two million tomans (approximately 150 USD). When he couldn’t make the payment, they beat him up. When Ahmadi reported the beating and extortion to Kord and the prison authorities, nothing came of it,” the source said.

Currently held in Ward 1 of Rajai Shahr, located in Karaj, Alborz province (30 miles west of Tehran), Ahamdi has spent 13 years in prison on murder charges, and over the course of his sentence has obtained *forgiveness from three out of four of his victim’s family members.

Rajai Shahr is among the most redoubtable prisons of Iran. Though it is classified as a criminal penitentiary with the National Prison Bureau, it has for many years served as an exile for both political and non-political prisoners.

Ahmadi is not the first prisoner to attempt suicide under Kord’s despotism; HRANA has reported on a number of Rajai Shahr prisoners who declared hunger strike, self-mutilated, or attempted suicide in similar circumstances. In a brief conversation with HRANA, one prisoner revealed that Hassan Kord was behind the assaults of at least five prisoners in the first week of September 2018 alone.

Kord, who collaborates with multiple prison gangs including “Hani Kordeh,” has a history of instigating violent brawls among inmates that have led to prisoner deaths. He plays a central role in Rajai Shahr’s funneling of recalcitrant or quarreling prisoners into an institutional no-man’s-land known as the “bloody ring,” a particular hall of the prison where many were killed in March 2018.

In 2016, HRANA reported on the murder of prisoner Babak Ghyasi, who had allegedly not been amenable to the demands of Kord or his associates. Earlier this year, controversial prisoner Vahid Moradi was also killed in a ward under Kord’s management.

* In Islamic penal code, the family of a murder victim may freely choose between “Qesas” (eye-for-an-eye) punishment (i.e. the execution of the defendant) and a death row pardon, often in return for blood money. In this legal sense, “family” includes parents, siblings, grandparents, aunts, and uncles, but not the victim’s spouse. Often the defendant must obtain unanimous forgiveness from the victim’s legal family in order to be pardoned.