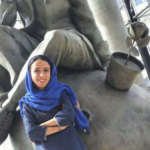 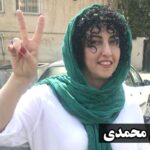 Human Rights Activists News Agency (HRANA) – Deputy of the Defenders of Human Rights Center Narges Mohammadi was released on a three-day furlough on September 26, 2018. Reporting the news of her furlough to HRANA, Mohammadi’s spouse Taghi Rahmani shared that Mohammadi will need long-term medical furlough to get adequate care for her illness.

Prior to Mohammadi’s furlough release, her mother Ozra Bazargan wrote to the Prosecutor of Tehran with the request that her daughter is granted a furlough to visit her ailing father. From June 30th – July 5th of this year, Mohammadi was released from prison to get back surgery at an outside hospital. On August 6th, prison authorities prevented Mohammadi from being transferred out of Evin Prison to see a neurologist, only to approve her transfer to Imam Khomeini Hospital when she fell into critical condition one week later.

Mohammadi’s attorney Mohamoud Behzadirad previously commented on the status of his client’s case file, stating “it has been six years and four months since my client was detained, and around three years and eight months remain of her sentence. She is eligible for conditional release, but the request for that release has yet to be approved.”

In May 2016, Narges Mohammadi was sentenced by the Revolutionary Court of Tehran to sixteen years of imprisonment, ten years of which was for her role in the Step-by-Step Campaign to Abolish Death Penalty in Iran (LAGAM). The court considered her collaboration with this peaceful campaign to be an example of “gathering with intent to disrupt national security.”

According to Narges Mohammadi, her trial judge treated her with bias and hostility, openly defending the charges levied against her by officials from the Ministry of Intelligence and accusing her of trying to “warp divine law” for her demonstrations of dissent against capital punishment.

The additional six years of Narges Mohammadi’s imprisonment were issued in connection to her peaceful human rights activism, which translated in court to charges of “gathering and conspiring against national security” and “propaganda against the regime.” Her offenses included giving media interviews about human rights violations, her participation in peaceful gatherings to support the families of prisoners on death row, her contact with other human rights defenders (including Nobel Peace Prize laureate Shirin Ebadi), her participation in peaceful protests to condemn acid attacks against women, and her 2014* meeting with Catherine Ashton.

In Autumn of 2016, Branch 36 of the Tehran Appeals Court upheld Narges Mohammadi’s prison sentence. In May 2017, her request for a retrial was reportedly rejected by Iran’s Supreme Court. 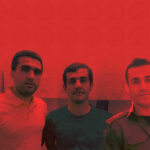 Barring the families from interring their sons’ bodies themselves, authorities commandeered the remains to be buried in an undisclosed location. According to Ramin’s brother Amjad Hossein Panahi, the Ministry of Intelligence has threatened the Moradis and Panahi families with detention. To the surprise of all families involved, the executions were carried out in an undisclosed location in Tehran province.

Amnesty International, one of the human rights organizations who were aghast at the course of the young men’s case, called the executions an “outrage.” Voices of the Evin Prison Women’s Ward now join the wave of dissent against the outcome of their case.

During a visitation on Sunday, the authors of the statement, many of whom are being held as political prisoners themselves, joined the families in singing “Ode to the Bleeding Tulip” and “O Iran” to commemorate and honor the memories of Ramin Hossein-Panahi, Loghman Moradi, and Zanyar Moradi.

The full text of their message, translated into English by HRANA, is below:

No words could contain the crushing weight of our sorrow.

These brave children of our country leave us a legacy of patience, freedom, and perseverance.

Their names are affixed to the helms of those fighting for freedom, and for those that seek it, the path has been laid by their resistance.

We bear your pain in our chests and we stand with you.