No treatment for the broken ankle of a political prisoner 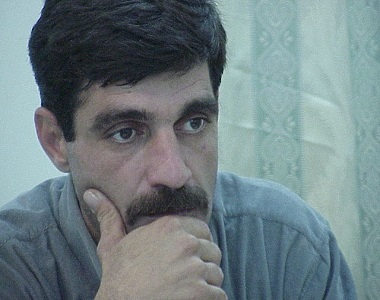 HRANA News Agency – Saeed Masouri the political prisoner of Rajaie Shahr prison of Karaj who has been injured while playing volleyball, got no treatment by the clinic and been neglected.

According to the report of Human Rights Activists News Agency in Iran (HRANA), on November 11, Saeed Masouri’s leg injured severely during volleyball and the other prisoners took him to the clinic for medical treatment but they faced negligence onto this political prisoner’s medical process.

A source told HRANA reporter: “Saeed’s right leg injured severely while he was playing volleyball. The prisoners guessed his ankle is broken then they transferred Saeed to the clinic. The clinic staff did not even take X-ray of his leg and sent him back to the ward. Now after two days his leg got worse and even he can not stand and walk with his right leg.”

Saeed Masouri was arrested in December 2000 in Dezfoul with Gholam Hossein Kalbi in accusation of collaboration with MEK. He has been imprisoned since that time in Ahwaz intelligence detention center, Evin and Rajaie Shahr prison without having any furlough.

Two years later in 2002 he was sentenced to death in Tehran revolutionary court but eventually his verdict diminished to life imprisonment.

Saeed was in solitary confinement of Ahwaz intelligence for 14 months and then was transferred to ward 209 of Evin prison.