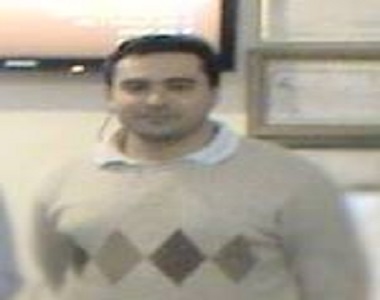 HRANA News Agency – Reza Heidarpour, the doctor of Evin prison who examined the body of Sattar Beheshti has been arrested and transferred to ward 209 on November 10.

According to a report by Kalameh website, Sattar Beheshti was sent to the clinic at entry of Evin prison and the reports of beatings and torture was inserted in his case by this doctor.

Every prisoner is regularly sent to the clinic when they enter the general ward of Evin prison and after basic examination a file is formed for each one.

According to this report, after reporting the torture signs on Sattar Beheshti’s body, doctor Heidarpour was not allowed to work in ward 350 which is the political prisoners’ ward and he was sent to the financial ward. Finally the intelligence agents arrested him last week.

According to the political prisoners who had served their sentences in ward 350, doctor Heidarpour was one of the rare ones who provided medical treatment for the ill prisoners.

Sattar Beheshti, 32 years old, was arrested by the Cyber Police because of what he had written in his weblog last November.

FATA police is responsible to control the cyber space and Mr.Beheshti was charged with acting against national security.

He was severely beaten during arrest and died, and was buried in Robat Karim afterwards.

Gholam Hossein Mohseni Ejei, Iran’s general prosecutor general confirmed that there were bruises on the body of Mr.Beheshti.

Meanwhile the coroner said in a report in October 2012 that that Sattar Beheshti died because of stress.

Abolfazl Abedini the political prisoner of ward 350 who had seen Sattar Beheshti went to the court as witness but was exiled to Ahwaz prison afterwards.