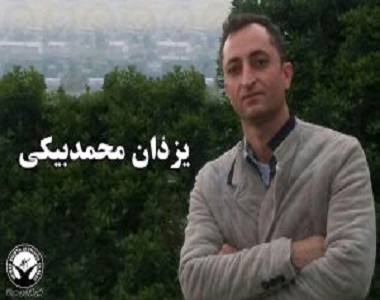 HRANA News Agency – Ismail Fakouri and Yazdan Mohammad Beigi, two political activists from Rudsar were summoned by security agencies, and were interrogated on charge of disturbing the public opinion. After completing the interrogation process, Mr. Fakouri was released on bail, but Mr. Beigi was detained for two days.

According to the report of Human Rights Activists News Agency in Iran (HRANA), Ismail Fakouri and Yazdan Mohammad Beigi, two political activists from Rudsar were summoned and interrogated on Saturday February 24.

These individuals were subjected to interrogations by the Ministry of Intelligence on charges of “disturbing public opinion and insulting the leadership”, although it is said that the case has been opened by the IRGC.

It has been reported that Mr. Fakouri was released basis on the same day, but Yazdan Mohammad Beigi was taken to the standby judge after being interrogated.

Standby Judge sent this him to jail on the bail of 200 Million IRR, to spent two days in Rudsar Prison until the bailing process was completed. This political activist was finally released temporarily until the trial, on Monday February 26.

A source close to these two men told HRANA: “Mr. Mohammad Beigi was again summoned to court on March 3”.

Yazdan Mohammad Beigi Khouratabsara is a cultural activist, author and researcher in Rudsar. He took part in the doctoral test in 2012 and was admitted to Future Studies at the University of Tehran (Foundation Scholarship). Although he was eventually deprived of continuing his education.

Rudsar is a city in the province of Gilan.