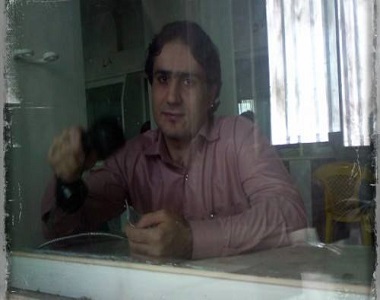 According to the report of Human Rights Activists News Agency (HRANA), on Wednesday, 15th September, Vahid Asghari’s mother, who after a year of failing to meet his son (due to old age and illness) and recently was discharged from the hospital, referred to the Rajai Shahr prison’s political ward, to visit her son but she was denied to visit him.

It is worth mentioning that it has been five years that the mother of this political prisoner is not allowed to visit her son and this time she was denied of the cabin visit. This prevention, considering her physical disadvantage has caused a big shock and stress to her.

Vahid Asghari, informatics student at Bangalore city in India, on 8th May 2008 when he was leaving Iran at Imam Khomeini Airport was arrested on charge of propaganda against the Regime and setting up anti-religion and anti-regime websites.

Between 2011 and 2012 he was twice sentenced to death in Branch 15 of the Revolutionary Court by Judge Salvati, but, both times the court verdict was rejected by the Supreme Court and his case is still pending.