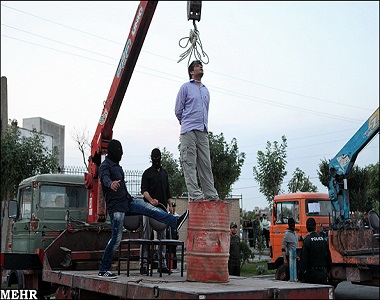 According to a report by Mehr quoting from Radio Zamaneh, “Erfan – Gh” has been hanged in accordance with the article 293 of penal code and on charge of rape in Velayat square of Ghaem Shahr.

According to this report, he had rapped a student last year and was hanged today in presence of attorney general, head of justice department and police authorities of the Ghaem Shahr city and Mazandaran province.

Last Thursday there were also 3 prisoners hanged in public in Dehdasht and last Monday a prisoner was hanged in Rajai Shahr prison on the same charge.