2 political prisoners are on hunger strike in Tabriz Prison 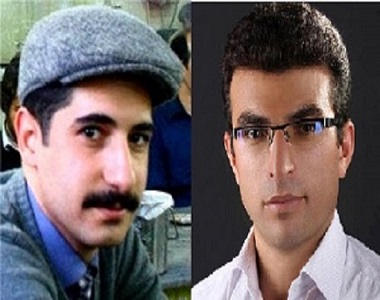 HRANA News Agency – Arash Mohammadi and Ayat Mehrali Baigloo, the political prisoners of central prison of Tabriz, have started their hunger strike since April 15th, in protest at the pressure of the intelligence and security forces to political prisoners’ families

These 2 prisoners who are imprisoned in financial ward of central prison of Tabriz called these practices as obvious examples of human rights violations and asked the authorities to end this manner.

Need to be mentioned, Mahmoud Fazli, Shahram Radmehr, Ayat Mehrali Baigloo (Yooroush), Latif Hassani and Behbood Gholizadeh, the 5 members of central board committee of Yeni GAMOH, were arrested on March 2013, by security forces. They were sentenced to 9 years in prison. These Azeri activists are imprisoned in central prison of Tabriz, after a period of being kept in Rajai Shahr Prison of Karaj.

Arash Mohammadi, the leftist student activist, who was arrested on June 14, 2013, is currently serving his sentence of one year imprisonement in Tabriz prison.

Also, Dr. Latif Hassani, the secretary general of Yeni GAMOH, supported those requests and stated that under negligence of authorities, he will start hunger strike, despite his bad physical condition.

The message of Arash Mohammadi and Ayat Mehrali Baigloo is as following: