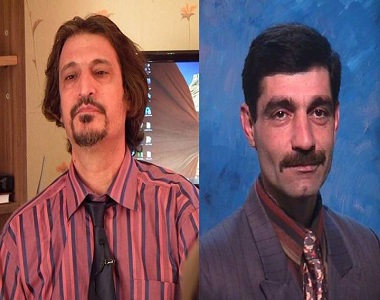 According to the report of Human Rights Activists News Agency (HRANA), it was supposed that Heshmatollah Tabarzadi to be sent to prosecutor and Said Masouri to a medical center outside the prison, on Wednesday, March 12.

These two political prisoners of hall number 12 of Karaj’s Rajai Shahr prison announced that in protest to inhuman behavior of authorities during transfer to judiciary offices and medical centers and also beating Loghman Moradi during his transfer to the court they will not leave the prison’s hall.

Loghman Moradi, the political Kurdish prisoner, was beaten severely by authorities during his transfer to the court, on February 24.

Heshmatollah Tavarzadi, is the secretary of Democratic Party of Iran and has multiple arrests and more than 10 years in prison sentences in his record.  He has been arrested on December 28, 2009 and sentenced to 9 years in prison.

Said Masouri was arrested along with Gholamhossein Kalbi on charge of cooperation with MEK in Dezfool in December 2000 and had no furlough during this period on Intelligence service of Ahvaz detainee, Evin and Rejaei Shahr prisons.

He was sentenced to death by the revolutionary court in 2002 but his sentence was reduced to lifetime prison.

Said Masouri spent 14 months in solitary confinements of intelligence service of Ahvaz and then was transferred to ward 209 of Evin prison.