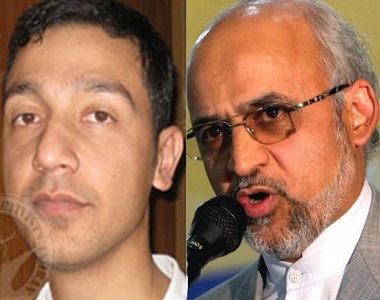 HRANA News Agency – Nasoor Naghipoor and Mohsen Mirdamadi, two prisoners from ward 350 of Evin prison have been sent to leave.
According to the report of Human Rights Activists News Agency (HRANA), Mohsen Mirdamadi and Nasoor Naghipoor were sent to leave on July 28th.
Mohsen Mirdamadi is an Iranian political activist and Secretary General of the “Mosharekat” Front who was charged in June 2009 with 2 accusations, first, Gathering and Collusion against national security and second, propaganda against the Regime and according to article 610 and 500 of former Islamic Retribution law he has been sentenced to 5 years and 1 year imprisonment.
Nasoor Naghipoor is a journalist and Human rights activist, blogger who was sentenced to 7 years imprisonment by branch 26 on charges of membership in human right activists’ community and propaganda against the Regime.