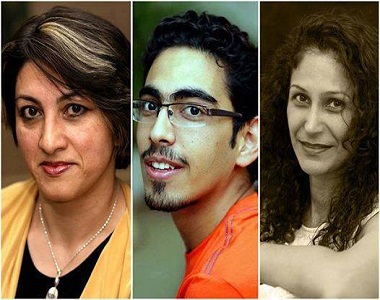 HRANA News Agency – On June 2, agents from the Ministry of Intelligence raided a Bahai religious meeting in Mashhad, stopped the meeting, and searched the house where it was being held.

According to the report of Human Rights Activists News Agency (HRANA), they seized some religious books and arrested Dari Amri, Mey Khalusi and Shayan Tafazoli. It is not known where they are being held.

Dari Amri was first arrest in a raid on her home on June 18, 2011, and sentenced to one year in prison, which was reduced by the court of review to 6 months in prison.

She entered prison on October 29, 2012, and was presumably freed early in 2013. Shayan Tafazoli was one of the Bahai youth arrested in the handicrafts exhibition case in February, 2012. He was sentenced to 6 months in prison, but the court of review reduced this to a fine.

No details are on file regarding Mey Khalusi, but Nika and Nava Khalusi, sisters who are serving sentences of 6 and 4 1/2 years respectively, and Manuchihr Khalusi, serving a one-year sentence, also come from Mashhad.