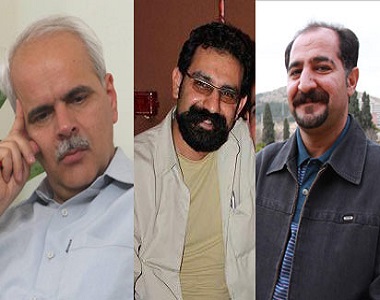 According to the report of Human Rights Activists News Agency (HRANA), these 3 prisoners were called from ward 350 being told that they are going to go to the court nevertheless the authorities transferred them to Rajai Shahr prison.

Dr. Said Madani is the social and political activist, a researcher of social issues and criminologist. He was arrested on January 7, 2012 and kept in ward 209 for more than 1 year. He has been sentenced to 6 years in prison in exile in Bandar Abbas prison and 10 years of exile as well.

Reza Entesari is one of the administrators of Majzooban-e-Noor website, journalist and photographer who had been cooperating in producing several documentaries for several TV channels. He was banned from cooperation with IRIB since 2009 and arrested on September 4, 2011 in the office of Majzooban-e-Noor.

Farshid Yadollahi is the attorney lawyer and a member of the Human Rights Commission of Gonabadi Dervishes who has been arrested while defending other arrested Dervishes as the lawyer.