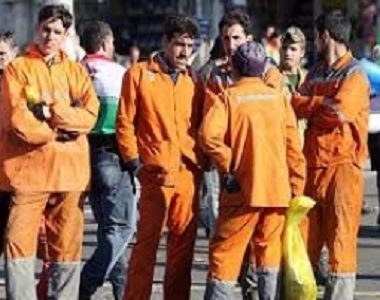 HRANA News Agency – 300 workers who work for Yasouj municipality have not been paid their wages for months as the employers related to the municipality did not deposit the money.

Alireza Jannati the head of Yasouj labor house told ILNA “totally there are 300 workers in city embellishment section which 200 of them work for Tariq Karan Kavir company and the rest for five different companies such as Kavir Karan abd Armaghan Javid.”

“The 200 workers in Yasouj municipality working for Tariq Karan Kavir have not received their wages since February of 2013.”

“The other 100 workers who work for the five companies such as Kavir Karan and Armaghan Javid, have not received their wages for 11 months.”