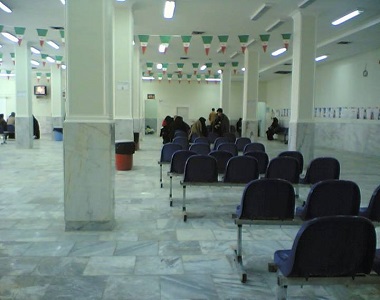 According to the report of Human Rights Activists News Agency (HRANA), some of the prisoners of ward 350 of Evin prison refused to go to visit hall, in protest to medical negligence of political prisoners and forcing them to wear prison’s dress (refusal of wearing prison’s dress, due to its offensive effect, resulted in halts of medical treatments of many prisoners) on Monday March 10, 2014.

The prisoners also were protesting to the exile of political and conscientious prisoners, also in solidarity with Gonabadi Dervishes and in protest to offensive behaviors with their families and beatening them.

This happened while Gholamreza Khosravi is on his fifth day of hunger strike in solidarity with Gonabadi Dervishes.