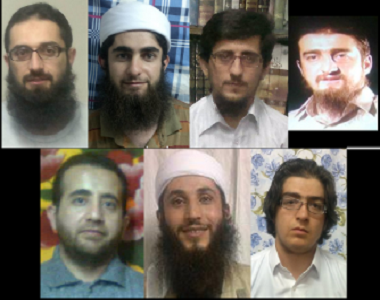 Shahram Ahmadi, who had been taken to hospital yesterday after suffering from excessive kidney bleeding, was later returned to Evin prison, and then transferred to Rajai Shahr prison along with the other six prisoners.

Human rights activists have warned that the men are at an increased risk of execution, after a number of documentaries about the prisoners containing forced ‘confessions’ were broadcast in recent weeks by Iranian state-run media.