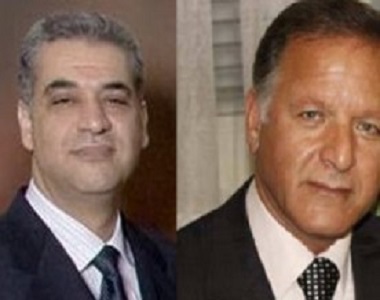 HRANA News Agency – Afif Na`imi, one of the seven Bahai ‘Yaran’ (national facilitators) who are now in the seventh year of 20-year sentences for their Baha’i beliefs, was transferred from hospital to Raja’i Shahr prison.

According to the report of Human Rights Activists News Agency (HRANA), he is 52 years old, and was being treated in Tehran’s Coronary Hospital. Security officials had said last week that he must be returned to the prison on Saturday, August 9, although the forensic doctor had certified that he was unable to bear imprisonment.

Emanullah Mostaqim, one of the staff of the Bahai Open University (BIHE) in Iran who is serving a 5-year sentence in Raja’i Shahr prison, was sent from hospital to the prison on the same day, although he too has been certified as unfit for prison.

That the decision that these prisoners should be sent back to prison without completing their treatment in hospital was taken by judicial authorities.

Afif Na’imi has been in hospital for the past nine months. He suffers from blood clots which require carefully controlled doses of Warfarin