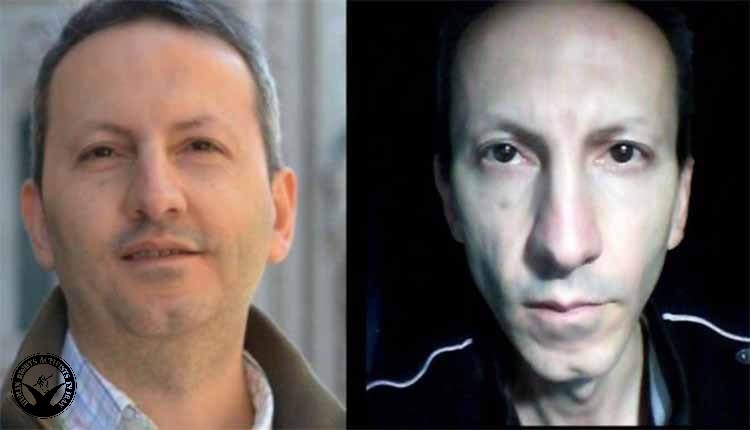 Ahmad Reza Jalali, a dual citizen who was sentenced to death, was transferred to an unknown place on July 29, 2019 returned to Evin prison on August 7. He is under pressure for a forced confession for a new case and was threatened to be executed earlier if he chose to not cooperate.  His wife, Vide Mehrnia, told HRANA that “we do not know how and to where he was transferred. He contacted his family and said that he was threatened to have a forced confession otherwise he will be executed”. She added that his physical condition was deteriorating, so he was supposed to be transfer to the hospital this week to receive required medical treatment but instead, he is under severe physical and mental pressure. He contacted his family earlier and informed them that he was transferred to a monitored solitary confinement cell and his execution is probable.

He was transferred to the hospital on November 16, 2018 for sever stomach pain. He underwent surgery on November 18 and was returned to the prison a day after the surgery. He was deprived from medical care although he was suspected to have cancer.

Ahmadreza Jalali (borne on January 14, 1971) professor and researcher at the Research Center for Crisis Management of Europe, a researcher at Karolinska University, author of numerous books and reference articles in crisis management and visiting scholar at University of Pie Monto in Italy, was living in Sweden until he was arrested. After finishing a medical degree in Iran, he moved to Sweden in 2009 to study natural crisis management where he obtained a Ph.D. in this field and later a postdoctoral position in medical crisis from Piemonto University in Italy. He was residing in Sweden with his wife and two children. Jalali, which recently became a Swedish citizen, was sentence to death with charge of espionage and his sentence was also confirmed by the Iranian Supreme Court in December 2017.

Ahmad Reza Jalali who traveled to Iran on an invitation by Tehran University and Shiraz University to participate in crisis management workshops, was arrested in April 2016 by the Ministry of Intelligence agents and was held in solitary confinement for seven months. He has been charged with “Moharebeh through espionage for Israel”. Tehran’s prosecutor accused Jalali of “transferring sensitive projects documents related to research, military, defense, and nuclear for money and Swedish citizenship for himself and his family”.