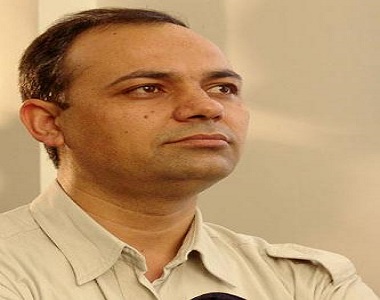 HRANA News Agency- Ahmad Zaidabadi, journalist and political activist, was exiled to the city of Gonabad directly after being released from Rajai Shahr Prison.

According to the report of Human Rights Activists News Agency in Iran (HRANA), Ahmad Zaidabadi in the morning of Thursday 21st May, at the end of his imprisonment sentence, was released from Rajai Shahr prison, in Karaj, and immediately was transferred to the city of Gonabad.

The cost of exile sentence implementation and his transfer to Gonabad including the costs of vehicle and officers were also paid by Mr. Zeidabadi.

Ahmad Zaidabadi, journalist and political analyst was sentenced to 6 years imprisonment, five years of exile to Gonabad and a lifetime ban from any political activity and participation in political parties and advocacy, interviews and speeches and analysis of events in writing or oral, following the events of the presidential election (2009).

Ahmad Zaidabadi, Secretary General of Advare Tahkim and board member of the Association of Journalists, during his imprisonment also, had been exiled from Evin prison to Rajai Shahr prison and spent most of his sentence in Rajai Shahr prison.