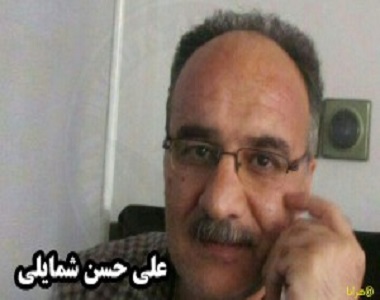 HRANA News Agency – Ali Hassan Shamayeli, political activist from Songhor Kolia in Kermanshah province was arrested by the Revolutionary Guards’ intelligence.
According to the report of Human Rights Activists News Agency in Iran (HRANA), Ali Hassan Shamayeli, reformist political activist in the province of Kermanshah was arrested at his home in Songhor city by the IRGC forces on Monday June 13.
Ali Hassan Shamayeli is a sociology teacher and well-known for writing critical articles in Saghez and Kermanshah. He, who already has a history of arrests, had recently published a critical article about the IRGC’s presence in Syria.
Mr. Shamayeli was arrested at his home and was transferred immediately to the Intelligence Corps detention center in Kermanshah, on Monday and eventually he was transferred to Saghez Kolia prison on Thursday.
This political activist suffers from heart disease and had a heart surgery in recent months.