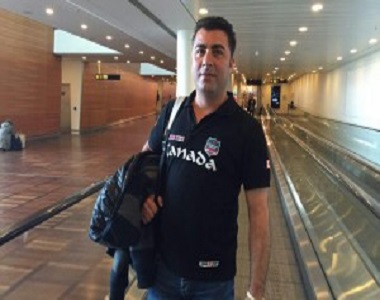 HRANA News Agency – Alireza Babaei, political prisoner in Evin prison, was released on July 9.
According to the report of Human Rights Activists News Agency in Iran (HRANA), Alireza Babaei, political prisoner in ward 8 of Evin prison, was released on July 9.
Alireza Babaei had been tried on charge of propaganda against the regime and insulting the leadership at 28th branch of the Tehran Revolutionary Court headed by judge Moghiseh on August 31.
The political prisoner was accused of burning the picture of an Iranian official in the Iranian Embassy in Denmark. He was interrogated at ward 2-A of Revolutionary Guards for about 40 days and was then transferred to ward eight of Evin prison.