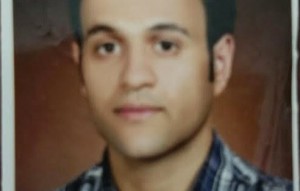 HRANA News Agency – Alireza Golipour, prisoner in ward 7 of Evin prison who have been diagnosed with cancer, was returned to the ward the day after surgery and removal of the tumor from his lung. Due to the necessity of chemotherapy, he is in a critical condition in the prison.
According to the report of Human Rights Activists News Agency in Iran (HRANA), after having a surgery during which a tumor was removed from his lung and also a stent was placed in his heart, he was returned to the ward after a day of his surgery. It is worth mentioning that his chemotherapy to cure cancer has continued and his drugs have also been added.
The prisoner’s lawyer by confirming this news said that the court of this prisoner will be held in the 15th branch of the revolutionary court of Tehran on 18th April 2016 at 10 am.
It should be noted that the hospital was not specified and just it is owned by IRGC.
His allegation is announced as espionage for foreigners and especially USA.
Previously, the date for his court session was determined but due to lack of evidences and it did not take place on 16th November.
Alireza Golipoor was arrested by the Ministry of Intelligence in October 2012. He has spent more than one year of his detention in ward 209 of Evin more than 8 months of which was in the solitary confinement.
Alireza Golipoor had heart problems and was transferred to Ghamar Banihashem hospital by the security forces previously in October.