Annual Report on Execution in Iran – 2017

HRANA – On the anniversary of the International Day of Fighting against People’s Execution, The Department of Statistics and Publications of the Human Rights Activists in Iran publishes an annual report on executions in Iran. This report is intended to provide visibility to the dire situation where thousands of people are awaiting execution. The present report concerns the individuals executed in the one year period from 10 October 2016 until the beginning of October 2017 and refers to at least 508 people executed in different parts of Iran by hanging. The report shows a rise by about 1% in the number of executions compared to the same period last year. Most of these individuals had been condemned to death in unfair courts and deprived of access to lawyers. Moreover, this report shall not be considered an accurate and comprehensive estimate since the Iranian government has placed enormous restrictions on human rights related activities and independent human right organizations.

Since October 10th, 2016 to the beginning of October, 2017, this organization published 381 reports regarding the executions in Iran. These reports include a total of 223-execution decrees out of which 508 individuals have been already executed. Out of the 508 executions, a total of 32 people were executed in public. Among the victims whose identity has been established, there were 6 women, and the age of 6 individuals was under 18 years at the time they committed the alleged crimes.

According to this report, 57% of the executions were related to the charges of drug trafficking, 36% for murder, 4% for rape, 2% for political charges, and 1% for miscellaneous cases. 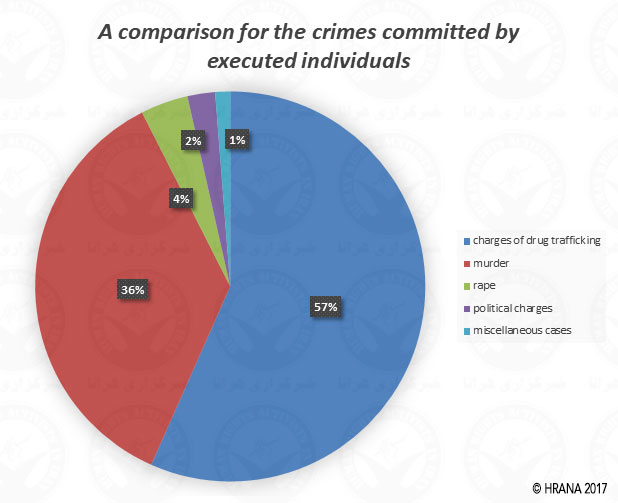 The following pie chart illustrates the number of executions in different provinces of Iran. This graph shows that the province of Alborz with three most populated prisons and 25% executions comes in the 1st place, and provinces of West Azerbaijan and Gilan with 11% and 6% are in the 2nd and 3rd places, respectively. 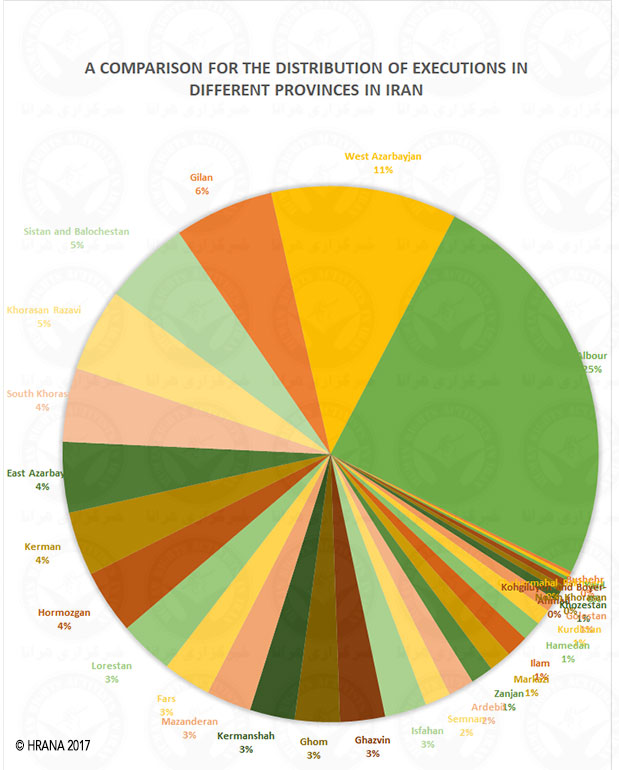 According to this report, the number of public executions has been 6% of the total number of executions as shown in the following figure. 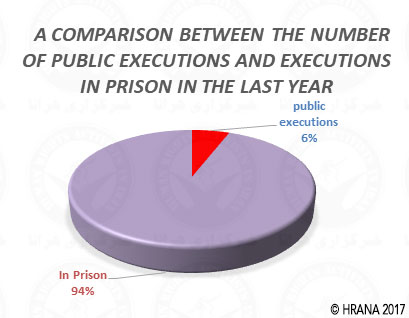 The following graph shows the number of executions reported by independent human rights organizations, which is estimated to be 82% of the executions carried out covertly.