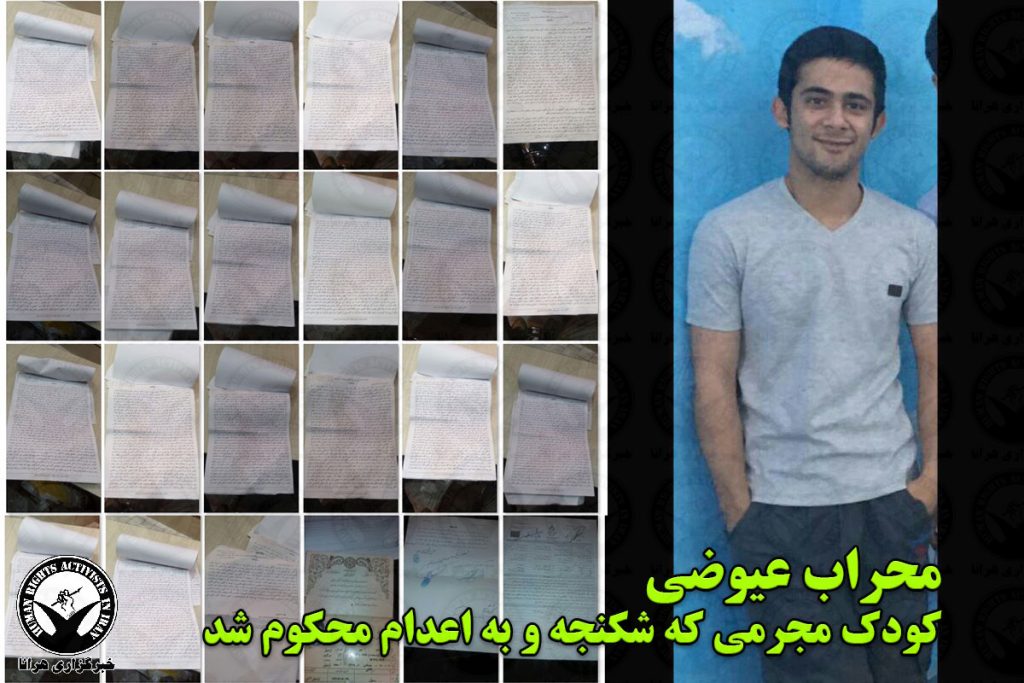 HRANA News Agency – Mehrab Eyvazi, juvenile offender from Ardabil was arrested at the age of 17 with nine other defendants. Mr. Eyvazi was accused of participation in kidnapping and rape. He was severely beaten at the police station and was threatened with rape by the police officer while he was naked in front of the camera. Mr. Eyvazi was sentenced to death, despite his young age. He believes that the verdict has been issued just based on his confessions which have been obtained while he was denied to access his family and lawyer and was subjected to torture and ill-treatment.

According to the report of Human Rights Activists News Agency in Iran (HRANA), according to two relevant incidents, a case with 10 defendants was opened in the judicial district in Ardabil, in addition to the plaintiff, at least 4 defendants were under the age of 18 years.

The detainees were charged with rape, filming the action and kidnapping. Three young girls were also present among the accused.

Branch two of the criminal courts for children and juveniles in Ardabil headed by the judge Kohi, was in charge of the case. The death sentence has been issued for three defendants of the case including Mehrab Eyvazi Haml Ababd son of Rasoul born on October 12, 1998.

Mr. Eyvazi was under the age of 18 at the time of his arrest, but the forensic approved his rational growth despite his young age.

One of the family members of Mehrab Eyvazi told HRANA’s reporter, “Mehrab was transferred to the detention of police station along with others and was not allowed to communicate with his family for a long time, he did not have a lawyer and also he was beaten so much during interrogation that he could not even move.”

The source added, “In a contact with his family, Mehrab said that they had made him naked and forced him to lie down on the ground and beat and threaten him with rape while filming. Mehrab even told these to the judges and announced that his confessions had been obtained under pressure and torture, but the judge told him that such events would not happen in the Islamic system and accused him of lying. ”

Mehrab explained to his family about his experience of attending at forensic medicine,”They just asked me a few simple questions, like what did you do outside, why did not you study, then another doctor just looked me less than a minute, and so my rational growth was recognized!”

The family of Eyvazi explains that the plaintiff had announced their consent and also provided a document which pointed that the act of aggression has not been committed and the allegations against Mehrab have been caused by a misunderstanding.

An informed source explained about The latest legal status of this case: “his case has been sent to the Supreme Court for the final verdict since May, but we have no news of the branch’s appointment yet.” 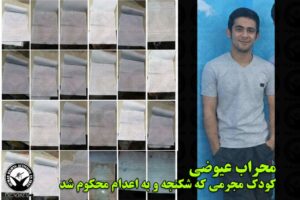 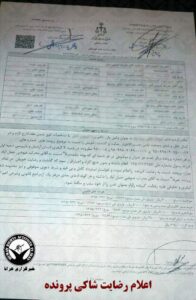 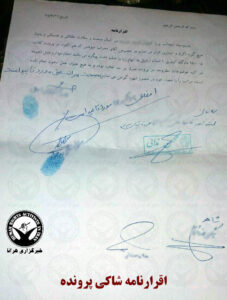 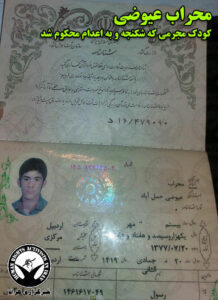 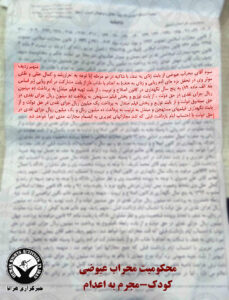