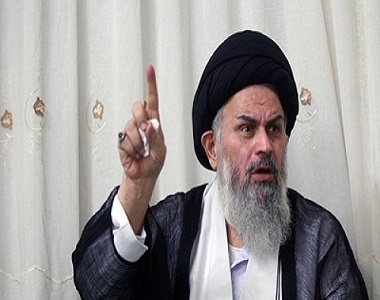 HRANA News Agency – Mohammad Mousavi-Bodjnordi, who heads Iran’s civil rights watchdog and is considered close to President Hassan Rouhani,told the state-run Fars News agency that Iran’s Baha’is minority have no civil rights in the regime because their beliefs are contrary to Islam.

“The Baha’i belief is contrary to Islam. In Iran, Baha’is have no civil rights and in particular, they do not have the right to study.” Civil rights are defined as in line with the beliefs of Ayatollah Khomeini, Mousavi-Bodjnordi said.

Mohammad Mousavi-Bodjnordi is a member of “combatant clergy” a clerical body that descibes itself as ‘moderate’.

Hassan Rohani appointed him to the group tasked with defining “civil rights.”

Earlier this month, a senior regime cleric also called for all Baha’is to be expelled from the southern city of Rafsanjan because they are ‘unclean’ and doing business with them is ‘forbidden.’

The Iranian regime has stepped up suppression of Baha’is in recent months with frequent arrests and interrogations.