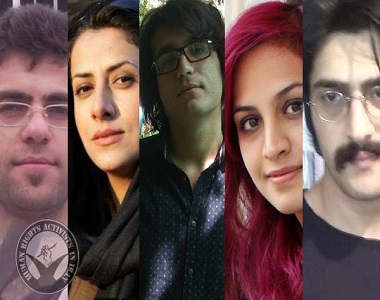 HRANA News Agency – With the detention of Ghazal Moghadam, the number of detainees on Wednesday in Tehran and Karaj has reached to 6 people, and reports indicate that they have been transferred to Evin Prison.

These six people, only during a telephone call with their family, said that they were in Evin Prison.