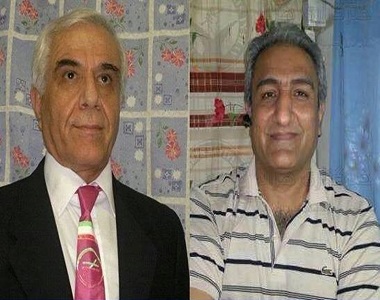 HRANA News Agency – Even after a month of transition of Arjang Davoodi and Afshin Baimani to solitary confinement, relatives of these two prisoners have expressed their concern about their situations.
According to the report of Human Rights Activists News Agency in Iran (HRANA), Arjang Davoodi and Afshin Baimani were taken to solitary confinements of Revolutionary Guard’s ward in Rajai Shahr prison, in Karaj, on 18th January from Hall 12 of this prison.
An informed source in this regard, told HRANA’s reporter, “I guess, even after one month, these two prisoners are still held in solitary confinement at the same ward, but as they could not contact their families, so they are concerned about these two prisoners’ health.”
This source also added, “Over the past few months Arjang Davoodi after 10 years in prison, was sentenced to death and this doubled worries about him. Arjang Davoodi is suffering from diabetes and high blood cholesterol, that if he does not take his medicines, he will be in a serious risk.”
This source said, “This transition, to the optimistic case, has been done in order to open a new alleged for these two political prisoners.”