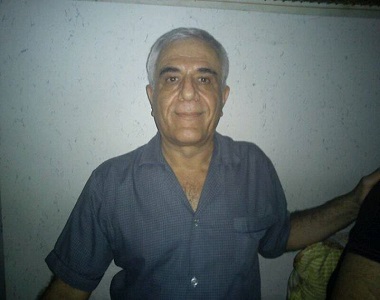 HRANA News Agency- Afshin Baymany has just returned from solitary confinement into the ward but Arjang davoodi remains in solitary confinement on hunger strike and without his essential medicines.
According to the report of Human Rights Activists News Agency (HRANA), on 8th November, Afshin Baimani, and Arjang Davoodi on 9th November were transferred to solitary confinement.
The reports from Rajai Shahr prison indicate that Afshin Baimani was returned to hall 12 and Arjang Davoodi who has been deprived of his diabetes medicines and to protest against this condition is on hunger strike.
There is no exact information that why they were taken to solitary confinement but earlier one of the prisoners mentioned that maybe it happened because of Arjang davoodi’s interview with “Manoto” TV.
Arjang Davoodi, an aged political prisoner who has been in prison for more than 10 years, has recently been charged with “Membership and active advocacy of MEK and supporting their goals in prison,” and has been sentenced to death.
That is to say, this charge has been denied by this political prisoner.