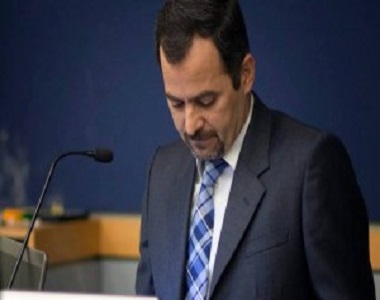 Peace Line Monthly / Shahed Alavi – The story of violations of human rights in Kurdistan is full of sorrows. This sorrowful story, this open wound was denied for a very long time, either because it was labeled as a lie and victimization, or because sometimes it was narrated in a way that was too heroic and vague and was hard to believe for the audience. Somewhere on this disastrous land, for many years, people have lived with suppression, prison, torture and executions as part of their daily life; that is for numerous reasons, but foremost because of their inevitable resistance. More heart breaking is that they were used to screaming in silence, even worst, they were used to hearing the cheers coming from the opposition of the center which itself is wounded by the suppressive system.

The suppression of the margin was not by the centre or the opposition of the center. The real tragedy was the silence in favor or the endless doubts by the movements and peoples who were so called human rights activist and human rights organizations, and it was their duty to report human rights violations. For those who had followed their political opinions to lead them to human rights activism, were the real example of the kind of human rights reporters and watches, were the one was considered “human” if it was one of their own.

Thus defending the rights of victims of human rights violations was subjected to the victims’ political interest, their way of resistance, and their identity, and specifically the picture that the reporter had in mind of the way the victim thought about territorial integrity; and this is how they decided whether the rights of a “human” was violated and needed to be exposed and reported to the public or only “an armed secessionist” had been punished.

In this view, a victim of human rights violation in Iran was an imprisoned political or civil rights activist who had peacefully opposed the whole or parts of the ruling system. This victim could not be Kurdish, Arab or Baluch, and always Iran’s territorial integrity has been the red line. Specifically Kurdish and Baluch people and in general “the discordant others” of the imaginary Iranian political society, are not considered as humans with basic rights in this political take on human rights; for many years, this view has been the guide for human right reporters – a major part of it but not all – and the political/human rights activists of Iran and it has been a beacon for taking political positioning for many political forces of the opposition and even for most of the independent media based outside of Iran.

Red lines undrawn, yet effective on the independent media was called the necessarily principle of “maintaining national unity and avoidance of fanning the flame of ethnic interests”. Thus the impression that the regular and responsible reports on the repression in areas such as Kurdistan and Baluchistan could exacerbate the secessionist interests in this areas, drove the reports and news on the oppression these people faced to the margins. This inhumane and influenced by political expediency view on the human rights violations in Iran, in practice intensified the divergence and deepened the gap between the canter and the margins, and it was moving in the opposite direction of its intended goal. Kurdish, Arab and Baluch victims of suppression, naturally interpreted this silence as cooperation and approval and of course they couldn’t see a political future in alignment or even tactical cooperation with the claimed opposition, as they did not have a place in a society based on the laws that the human rights reporters had imagined as explained.

In such a hopeless atmosphere, and despite the fact that there were glimpses of hope, establishment of a new human right organization ten years ago, was a growing sunlight at the end of a long dark tunnel. The birth of “Human Rights Activists in Iran, HRAI” marks the end of politicized and centralized human rights reporting in Iran. Two features of this organization stood up from the early days of its work, and herald a serious and different kind of activism; first: two of its officials were publicly and transparently introduced, second: its reports and news were published in details and in a human right and non-political language.

In addition to this two points, what differentiated HRAI from other real or unreal similar organizations in those years, was the volume of news articles it was publishing on the human right violations of the minorities, the same “discordant others”. This high volume of human rights violations specifically in Kurdistan, at first glance created two visions for the audience; either the authorities of the organization are Kurdish themselves and have easier access to its news and probably they exaggerate in reflecting the truth, or this was only a marketing tactic to get the attention of audience with news from a region where it was impossible to examine the authenticity of it.

However none of the authorities of the HRAI were Kurdish, nor HRAI method of reflecting and reporting ever changed, and nearly none of the news were proven unauthentic or untrue. It was simply that “human rights Activists in Iran, HRAI” was truly a group of activists who had experienced prison and whom concern was not political orientation, but their strategy and concern was fair reporting of human rights violations, regardless of the victim’s identity, ethnicity or religion.

News and periodic reports about Kurdistan were more visible on the HRAI’s website, because the human rights violations in Kurdistan are very high and HRAI did not want to censor the news and reports. In a short time, many people were attracted by HRAI and as a result the ability to ensure the accuracy and authenticity of the news increased and so did the speed of publishing the news. That is how, the volume of news related to Kurdistan and of course other ethnic minorities increased on the HRAI’s website.

Commitment of HRAI to human rights principles and avoidance of politicization and standing firm in reporting human rights violations across Iran, were highly effective in promoting HRAI. HRAI’s commitment to explicit and detailed reports on human rights violations, in long term gained the trust of Kurd, Turk, Arab and Baluch audience to HRAI’s website and thus they started cooperating with HRAI.

The silence about human rights violations in Kurdistan was broken; the reports and news published by HRAI was frequently published on other accredited media and organizations’ websites. There after calling victims of human rights violations “secessionists” or “terrorists” were not a reason to stop reporting on their situation. Everyone’s fundamental human rights should be reported and respected regardless of their political status and their method of activism.

In the past 10 years HRAI, in addition to teaching ears and eyes to be able and more importantly to choose to hear and see the screams and wounds of minority and marginalized prisoners better, it also has effectively forced other human rights activists and organizations to put aside their own interests in reporting human rights violations. Today no longer seeing daily news and reports related to Kurdistan, Baluchistan and Khuzestan on almost all serious human rights news agencies, results in immediate prejudicing that the victim is guilty. This is one of the most important things that HRAI has achieved over the past 10 years.