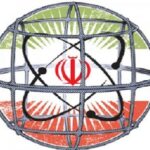 With tensions mounting over Iran’s nuclear program, the West has dealt the Tehran regime crippling blows on several fronts, including through sanctions, the targeted killing of scientists, and cyber operations such as the Stuxnet virus. Tehran is no doubt reeling but regime leaders have spotted a silver lining: The West’s single-minded focus on the nuclear dossier has permitted them to widen their violations of human rights. END_OF_DOCUMENT_TOKEN_TO_BE_REPLACED

Impact of Harassment & Imprisonment on Children of Human Rights Activists 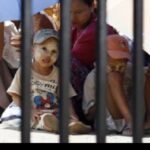 Asieh Amini, journalist and human rights activist once said: ”Our children aren’t civil activists or political activists. Nevertheless they experience double the suffering. They first suffer when their parents’ activism makes them aware of the hostility and violence and cruelty that exist in society. Then they suffer from the political violence imposed on their parents by the state.” END_OF_DOCUMENT_TOKEN_TO_BE_REPLACED 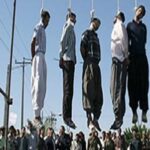 A disturbing video of the public execution of three men in Iran has sparked anger among human rights activists.

The graphic video, released by Amnesty International on Thursday, showed guards standing on top of buses draping ropes around necks of three convicts sentenced to death by hanging after being convicted of rape. The men were later hanged from an overhead bridge after the vehicles drove away. END_OF_DOCUMENT_TOKEN_TO_BE_REPLACED 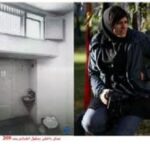 Recipient: Maryam Majd, Isolation Cell, Ward 209
Shadi Sadr
I place a picture of the isolation cell in Ward 209 in front of me and stare at it. Thousands of thoughts, images and past events come to life. I try to fight them back, but it isn’t possible because now, you’re there in a solitary confinement in Ward 209. END_OF_DOCUMENT_TOKEN_TO_BE_REPLACED 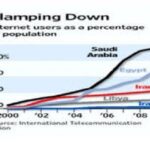 Wall Street Journal – Iran is taking steps toward an aggressive new form of censorship: a so-called national Internet that could, in effect, disconnect Iranian cyberspace from the rest of the world.

The leadership in Iran sees the project as a way to end the fight for control of the Internet, according to observers of Iranian policy inside and outside the country. Iran, already among the most sophisticated nations in online censoring, also promotes its national Internet as a cost-saving measure for consumers and as a way to uphold Islamic moral codes. END_OF_DOCUMENT_TOKEN_TO_BE_REPLACED 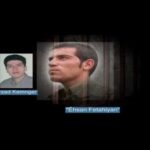 Each night, they pull down a star from heavens to earth

And this sorrow stricken sky is teeming with stars

Hello, comrade! How should I envision you?  For what crime should I visualize you? A frail lad hanging high up on the gallows, gleaming as the sun blossoms in the horizon?  Or a child with bare feet amongst the downtrodden from the slums, yearning to be the glad tidings bearing a loaf of bread to his people’s empty tables? END_OF_DOCUMENT_TOKEN_TO_BE_REPLACED

Dedicated to Niayesh and Shakiba Badaghi and all children whose parents are not by their side at this year’s Haft-Sin table.

I was listening to my cellmate’s lullabies; he was singing to his daughters, Paria and Zahra.  In harmony with his heartbreaking lullaby, my other cellmate began to sob.  Unconsciously, they made my tears run down too.  It was the second time that he had been arrested.  He was sentenced to one year in prison the first time, but then, he had to stay another ten years.  His only joy and thrill was the fact that his daughters came to visit him on Mondays. END_OF_DOCUMENT_TOKEN_TO_BE_REPLACED

Future Belongs to the Fallen Buried Without a Shroud 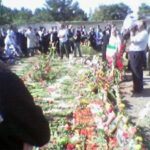 END_OF_DOCUMENT_TOKEN_TO_BE_REPLACED

To the Wind and the Sun, I Leave You

HRANA News Agency – Farzad Kamangar wrote the following letter to his pupils in Asfand 1386 [February/March 2008] while he was in Rajai Shahr prison.

Two years later, he was executed by the Islamic Republic of Iran on May 9, 2010.  To pay homage to Farzad Kamangar and his everlasting legacy, a translation of this letter is being released as the anniversary of his exeuction approaches. END_OF_DOCUMENT_TOKEN_TO_BE_REPLACED 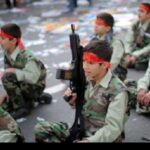 The following are excerpts from the account, obtained by RFE/RL, of a 25-year-old female student in Tehran of the scattered protests that took place in Tehran on February 20.
The opposition had called for the rally to mark a week since the deaths of two students in February 14 clashes between opposition protesters and security forces in Tehran. END_OF_DOCUMENT_TOKEN_TO_BE_REPLACED