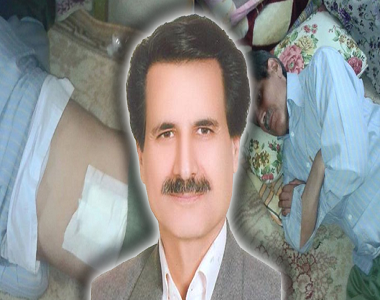 HRANA News Agency – Asadollah Hadi, political prisoner of Rajaei Shahr prison has been transferred to Shohada-e-Tajrish hospital.
According to the report of Human Rights Activists News Agency (HRANA), Asadollah Hadi, who had gone under surgery operation for his spinal issues, has been transferred to Shohada-e-Tajrish hospital for continuation of his medical treatments.
This is while his freedom date is set to be on September 8 and despite his qualification for conditional release or medical furlough, he is still kept in prison.
Need to be mentioned, Asadollah Hadi is a senior prisoner who is suffering from heart disease, kidney problems, gastrointestinal disorders and knee meniscus diseases. He had been arrested in 80s and was sentenced to 5 years in prison on charge of acts against the national security and disturbing public order.