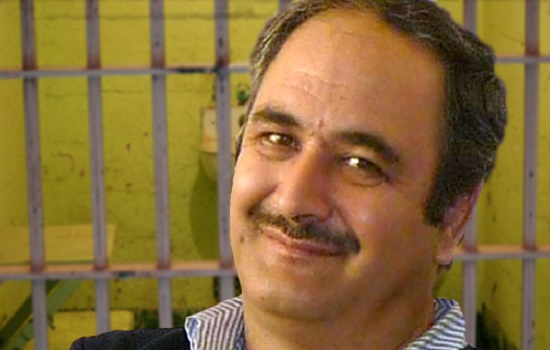 HRANA News Agency – Relatives and friends of Shahrokh Zamani, a labor activist who died last September in Rajai Shahr prison in Karaj, wanted to hold the first anniversary of his death in Tehran, but the event was canceled by Ministry of Intelligence’s threats.

According to the report of Human Rights Activists News Agency in Iran (HRANA), by the threats of the Ministry of Intelligence, the first anniversary of Shahrokh Zamani, a labor activist who died in prison did not take place on September 1.

A close source to Zamani family by announcing this news, told HRANA’s reporter: “A brief memorial was supposed to be held at his nephew’s house in Tehran and a number of labor activists, unionists, his friends and acquaintances had been invited, but by the Ministry of Intelligence’s call and threats it was canceled and even these people were not allowed to come together as well.”

It should be mentioned that Shahrokh Zamani, imprisoned labor activist in Rajai Shahr prison, who was serving the fifth year of his imprisonment without any furlough, died because of a stroke some times between morning and noon on September 13, 2015.

Shahrokh Zamani could not get the permission to attend his daughter’s wedding in August 2014 and could not be present at the funeral and burial of his mother, even for a short time, in February 2014 either. He also could not meet his family members regularly, because of the long distance between Tabriz and Karaj.

Shahrokh Zmani, labor activist and painter, was arrested on May 25, 2011 in Tabriz, and was held for 36 days in solitary confinement. According to HRANA’s sources, his official date of arrest has been mentioned as June 9th that shows he had been detained for at least 5 day without any warrant and illegally. Branch 1 of Tabriz Revolutionary Court, presided by Judge Hamlbar, sentenced Shahrokh Zamani to 11 years imprisonment on charges of propaganda against the regime and establishing groups to disturb the national security, which was precisely upheld by the court of appeal.

On May 27, 2012, he was illegally and without any warrants, transferred on handcuffs and shackles from Tabriz prison to the prison of Yazd. He then was returned to Tabriz again on August 7th and finally on September 23rd he was transferred to Rajai Shahr prison in Karaj.

Shahrokh Zamani, once again was transferred from Rajai Shahr prison to Tabriz on September 8, 2013 and by Branch 2 of the Revolutionary Court was tried and subsequently, was sentenced to 6 months of imprisonment on charge of insulting the leadership.

Shahrokh Zamani, a member of the Board of Directors and the Board Committee for the Establishment of Independent Trade Unions and the Union of Construction Workers and Painters, was in political prisoners’ ward in Rajai Shahr prison, serving his fifth year when he died.