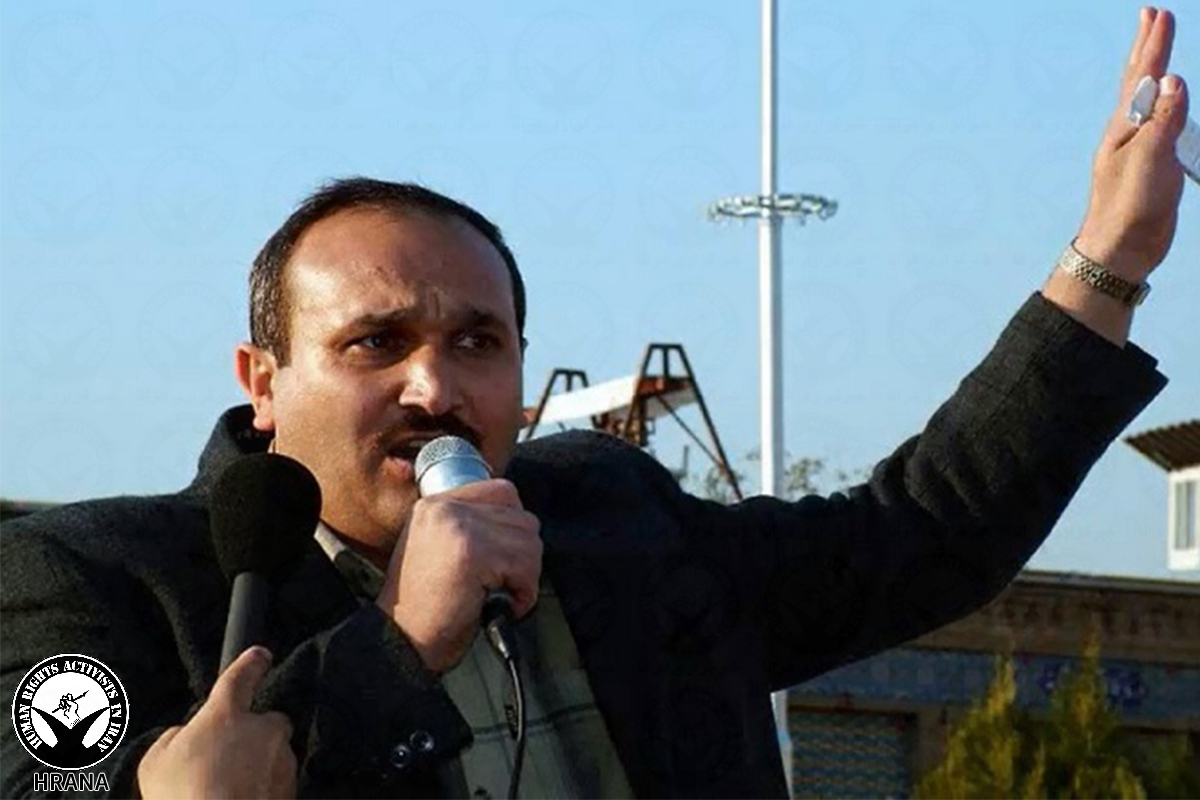 Human Rights Activists News Agency (HRANA) – On Monday, September 24th, Azerbaijani activist and former political prisoner Abbas Lasani was notified by text message that he has been sentenced in absentia.
On September 16, 2018, HRANA reported on Lasani’s response to his summons via SMS from Branch 2 of Tabriz Revolutionary Court. “Even ignoring the suspect intent of this summons, their delay in sending it, and the timing of the hearing on [the eve of the Muharram holidays]– it’s impossible to ignore that the summons is illegitimate, arriving by text message with no official hard copy,” Lasani had said. “Appropriate preparations can’t be made in these circumstances.”
Abbas Lasani was among a group of four Azerbaijani (Turk) activists residing in Ardebil arrested by Intelligence agents July 2, 2018, a few days before an annual gathering at Babak Fort, a site that has acquired symbolic importance for Azerbaijani rallies in recent years.
Lasani was presumably arrested for sharing a video in which he encouraged people to attend the gathering. He was released on bail of approximately $3,500 USD (500 million IRR) on July 11, 2018.
Lasani was among the first of more than 80 Azerbaijani activists arrested throughout Ardabil, West Azerbaijan, and East Azerbaijan provinces at the time of the Babak Fort gathering.
In a press release on August 11, 2018, Amnesty International called the arrests of Azerbaijani (Turk) people “arbitrary” and unlawful, and demanded the immediate release of all individuals detained for their participation in an Azerbaijani Turkic cultural gathering.