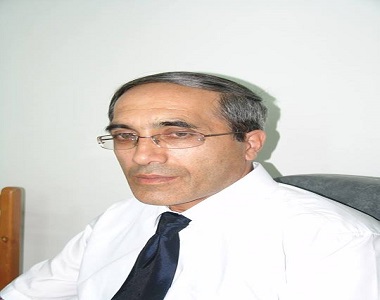 According to the report of Human Rights Activists News Agency (HRANA), Mahmood Fazli has been arrested in a meeting being held to solve the problem of Uremia Lake in Ghum Tappa in Tabriz.

He has gone on hunger strike since April 7th because the authorities of Tabriz Central Prison are preventing his complaint to be submitted to the Supreme Court.

A close source to him said to HRANA’s reporter, “When Mr. Fazli complained about this issue (prevention of submission), he was transferred from ward 12 to ward 7, which has very poor and even dangerous condition”.

Mr. Mahmood Fazli, the member of central committee of YENI GAMOH, align with Dr. Latif Hassani, the general secretary of this organization and other members of central committee, Shahram Radmehr, Behbood Gholizadeh and Ayat Mehrali Beglou, were arrested by security forces, on January 2013, and transferred to intelligence service office of Tabriz.

These Azeri activists were sentenced to 9 years in prison by branch number three of the revolutionary court of Tabriz, by chief judge Poorbagher, on charges of foundation of illegal group and propaganda against the government, on May 5, 2013.