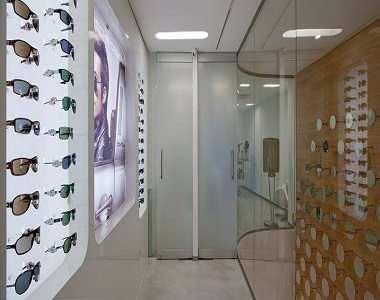 HRANA News Agency – The Association of Optometry Manufacturers and Sellers in Tehran held its eighth trade fair, the Optics Exhibition, in Wessal Avenue on December 16 to 19.

According to the report of Human Rights Activists News Agency (HRANA), eighty business took part. Not only were Bahai-run optometry importers and sellers barred from the exhibition, participants were also told to dismiss any Bahai employees they might have.

A few years ago the Association stopped issuing licences to open optometry shops to Bahais, and stated that this instruction had come from the Ministry of Intelligence.

Iran has an apartheid system that banns Bahais from higher education, receiving many state benefits, and employment in various sectors, but the rules are largely unwritten, and vary from time to time and in different localities.