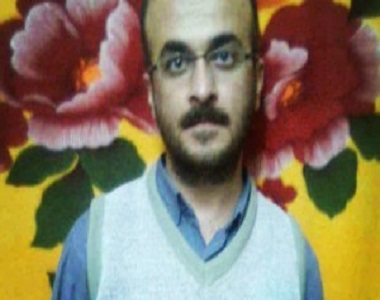 HRANA News Agency – Bahman Rahimi, one of the death row Sunni prisoners of Rajaei Shahr prison, despite suffering from digestion problems, is kept in solitary confinement for more than 45 days and has been deprived of medical treatment.

According to the report of Human Rights Activists News Agency (HRANA), Bahman Rahimi, death row Sunni prisoner, along with 6 other prisoners were transferred to solitary confinements of Sepah ward on November 1. Haidar Rashidi, Taleb Maleki, Pooria Mohammadi, Kaveh Vaisi, Kaveh Sharifi and Mohammad Yavar Rahimi are the other prisoners who are still in the solitary confinement.

Bahman Rahimi who is charged with sacrilege and sentenced to death, has been kept in prison since January 21, 2010. His brother is kept in this prison as well.

These 7 prisoners are prohibited from visits with their families and their families have been told that the judge had ordered two months in solitary confinement for them and during this time they are deprived of having visits.

A prisoner with the name of Haidar Rashidi who was believed to be transferred to Sanandaj, has been returned to RajaeiShar prison and is being kept in solitary confinement.

Long term imprisonment in solitary confinement is considered as one of the variation of pressure and white torture.

Need to be mentioned, the hall number 10 (detention number 4) of Rajaei Shahr prison is dedicated to Sunni prisoners. There is no exact information regarding the charges of these prisoners and the prison authorities accuse them of following Salafi faith and performing violent behavior, but most of these prisoners reject these accusation and state missionary and religious activities as the cause of their arrest.