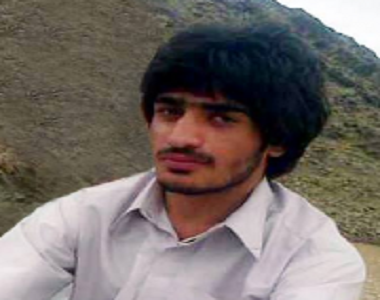 According to the report of Human Rights Activists News Agency (HRANA), Ahmad Sohrabi the son of molavi Mohammad Yousef Sohrabi (Nekahchi) has been arrested by Iranshahr intelligence forces, on Tuesday, February 18.

Molavi Mohammad Yousef Nekahchi, the Baluch Sunni cleric, was executed in Zahedan prison on charge of cooperation with conflicting groups, on April 9, 2008.

After his execution, his family members have been summoned to intelligence offices and have been questioned and interrogated repeatedly.

Habibollah Sarbazi, the human rights activist and TV producer quoted from one of Ahmad Sohrabi’s relatives who wanted to remain unknown: “Ahmad Sohrabi was driving to Nickshahr with his friends that they noticed that are being followed by a Peugeot. After Aspakeh region way, they changed their way and Peugeot missed them. But on Chanef and Mattehsang an on duty for intelligence service Xantia car, crush to their vehicle without any warning and told the driver and passengers that we just want Ahmad.”

He also added: “The intelligence forces closed Ahmad’s eyes and took him. Also, they took vehicle’s documents and told to other passengers to go to Iranshahr intelligence office to refun the documents.”

This source also stated: “From Tuesday that Ahmad is arrested there is no information about him and intelligence service does not answer his family and friends.”