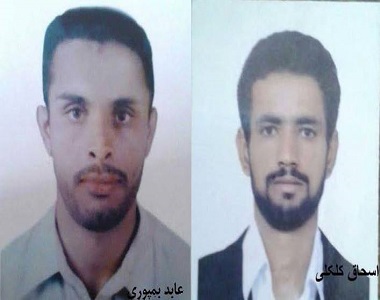 HRANA News Agency – Some of Baluch political prisoners of central prison of Zahedan, are deprived of prison services, as a consequence of writing letter to UN and EU (High Representative of the European Union for Foreign Affairs and Security Policy).

According to the report of Human Rights Activists News Agency (HRANA), Abed Bampoori, Eshagh Kalkoli and some other prisoners who had written appeal letter to Catherine Ashton last March, are deprived of all prison services like furlough and phone call.

Habibollah Sarbazi, the human rights activist, said to HRANA’s reporter, “Abed Bampoori and Eshagh Kalkoli and some of their inmates, previously, had sent a letter to Secretary-General of the United Nations and were under pressure. After sending letter to Catherin Ashton, they are deprived of all of the services”.

Abed Bampoori and Eshagh Kalkoli are charged with threatening national security by the general persecutor of Zahedn and sentenced to 21 years in prison in March 21.