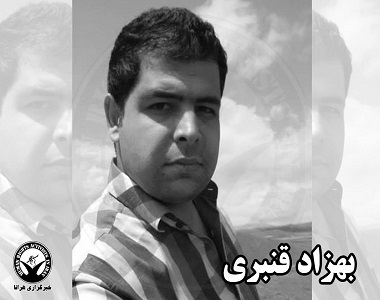 HRANA News Agency – Behzad Ghanbari, from Tabriz, was released on the bail from Tabriz central prison.
According to the report of Human Rights Activists News Agency (HRANA), Behzad Ghanbari who had been interrogated in detention centre of Tabriz intelligence service, was temporarily released from Tabriz prison on Sunday August 14.
A close source to this prisoner told HRANA’s reporter, “Mr. Ghanbari has lost a lot of weight during this short period. He had been deprived of having access to a lawyer and could contact his family once through a short phone call”.
Security forces in Chabahar arrested him in his workplace in Ghareh-Ziaoddin, on Thursday August 11, and transferred him to Tabriz intelligence service detention centre.
Behzad Ghanbari is a Turk (Azeri) Activist.