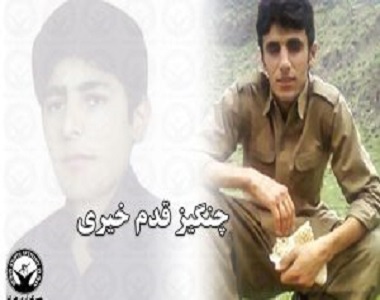 According to the report of Human Rights Activists News Agency in Iran (HRANA), Changiz Ghadamkheiri, political prisoner exiled to the Masjed Soleiman Prison in Khuzestan province, is not receiving the needed medical treatment, despite severe infection of the foot and the emphasis of doctors on treatment and surgery in the hospital.

He was also told that he was not entitled to have medical leave on the orders of the Ministry of Intelligence agents.

A source close to Mr Ghadamkheiri told HRANA’s reporter: “Despite the severe infection of his foot and his request for a medical leave for surgery in a hospital, as well as the presence of his family as a companion for his care, it has been rejected by the Intelligence and Security of the prison.”

Despite the inappropriate physical condition and the confirmation of the doctors in prison on the need for surgery for this prisoner, he is still prevented from having medical treatment and medical leave.

The prohibition is while; this prisoner has provided the equivalent of a 3500 million IRR to the court. Mr. Ghadamkheiri had been on hunger strike in August following the prevention from sending him to hospital and surgery.

Changiz Ghadkhayeirim born in 1988m was arrested and transferred to the Central Prison of Sanandaj in 2011 and after two years of imprisonment was exiled to Masjed Soleiman Prison in Ahvaz. The prisoner was sentenced to 4 years imprisonment by the Revolutionary Court of Sanandaj, under the chairmanship of Judge Babaei, on charges of a six-month membership in a Kurdish opposition party.

The source close to Ghadamkheiri family, regarding his refusal to make an appeal, told HRANA’s reporter: “Due to the circumstances of the case, the prisoner was concerned to make an appeal to the issued verdict by the primitive court because they might had increased the verdict.”

The Ward One of Masjed Soleiman prison, where according to inmates is known as “Dungeon”, is located eight steps below the ground. This ward, with almost 200 prisoners, has two bathrooms and three toilets and its general health and hygiene condition is not good.