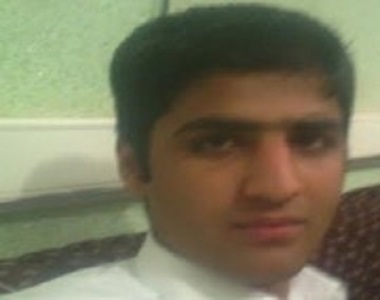 HRANA News Agency – Iran’s Ministry of Intelligence has prevented the release of the child of a Sunni prisoner who has been held for three years without sentence, despite being granted release on bail by the courts six months ago.

According to the report of Human Rights Activists News Agency (HRANA), Abdollah Abadian, the son of Sunni prisoner Malek Mohammad Abadian, was arrested at the age of 16. He has been detained without sentence for the past three years in the Ministry of Intelligence detention center and in the Central Prison of Zahedan, southeast Iran.

Despite being granted release on bail by the courts six months ago, the Ministry of Intelligence objected to the decision and prevented his release.

His father, Sunni prisoner Malek Mohammad Abadian, is facing the death penalty along with several other Sunni activists following the death of a pro-government cleric who was killed by unknown men in the Sistan-Baluchistan province. The men, who were subjected to torture in detention, pressurized to make false ‘confessions’, and deprived of a fair trial, have denied the charges.

Two more of Malek Mohammad Abadian’s sons were arrested in addition to Abdollah Abadian. Sources say the children were arrested in order to pressurize the father into making false ‘confessions’.