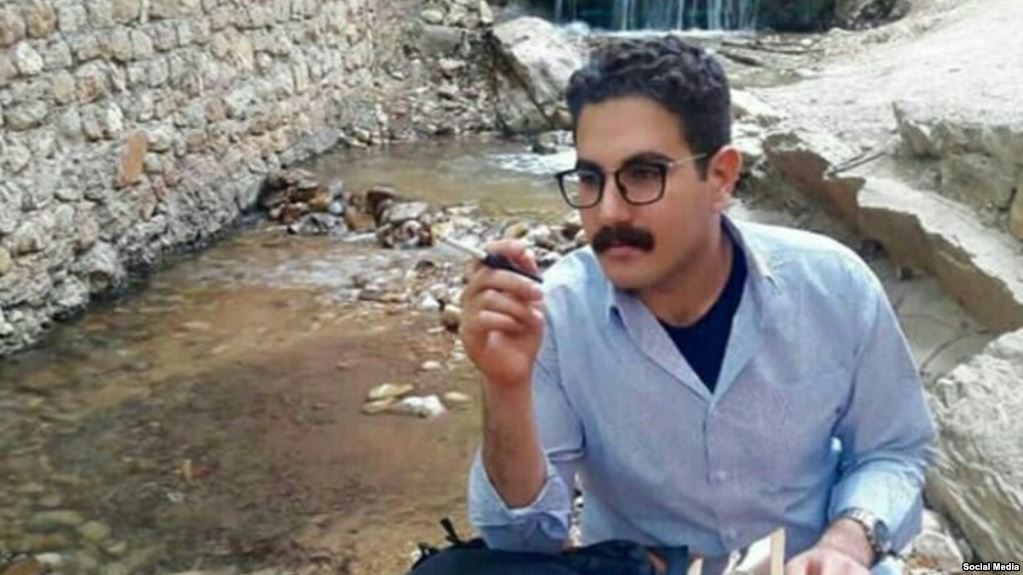 Detained since August 10, 2018, in Yasouj Central Prison where interrogators dealt heavy blows to his chest and abdomen, he has twice requested medical attention for his subsequent injuries, a source close to his family said. Prison officials have denied his requests.

Multiple visits and inquiries to the Intelligence Office and the Judiciary of Yasouj have done little to assuage Davari’s family’s concern for his wellbeing, as authorities thus far have refused to comment on his case or the reason for his detention. At the time of Davari’s arrest at his parents’ home in Yasouj, agents confiscated some of his personal belongings such as his mobile phone, laptop, and written notes.

Mohammad Davari has previously been on the authorities’ radar. The Islamic Revolutionary Guard Corps (IRGC) apprehended him on March 5, 2018, in connection to his engagement in protests that filled the streets of different Iranian cities in spring of 2018. After eight days in detention, he was released on a bail of 500,000,000 Rials (approximately $12,000 USD). Relative to that arrest, authorities reportedly told Davari’s family that he was being charged with “acting against national security through disturbing the public peace.” He was arrested and released on bail in another incident following the death of Hashemi Rafsanjani, for pulling down a banner bearing Rafsanjani’s photo.

Mohammad Davari, 26, is pursuing a master’s degree in Political Science.