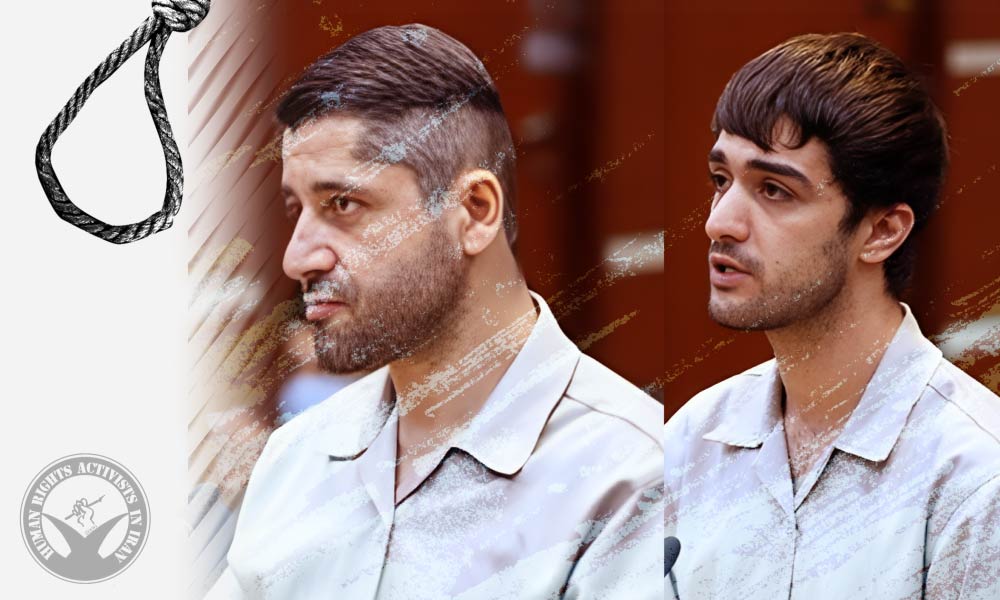 On January 7, 2023, Mohammad Mehdi Karami and Mohammad Hosseini were executed. They were previously arrested at protests and sentenced to death in a legal case known as “the death of a Basij Militia force Ruhollah Ajamian.” A while ago, their sentences were confirmed by the Supreme Court of Iran.

According to HRANA, the news agency of Human Rights Activists, quoting Tasnim, on January 7, 2023, Mohammad Mehdi Karami and Mohammad Hosseini were executed.

Karami, age 22, a resident of Karaj, was a karateka with several top titles and championships. His lawyer recently informed HRANA that he went on a dry hunger strike last Wednesday.

Also, Mohammad Hosseini’s lawyer wrote on Twitter that his client had been tortured with iron bars and shockers.

Earlier, Mohsen Shekari and Majidreza Rahnavard were also executed over protests. According to data obtained by HRANA, at least 111 other protestors have been sentenced to death or have faced charges that can lead to a death sentence.
Mohammad Hosseini, Mohammad-Mehdi Karami
Executions, News