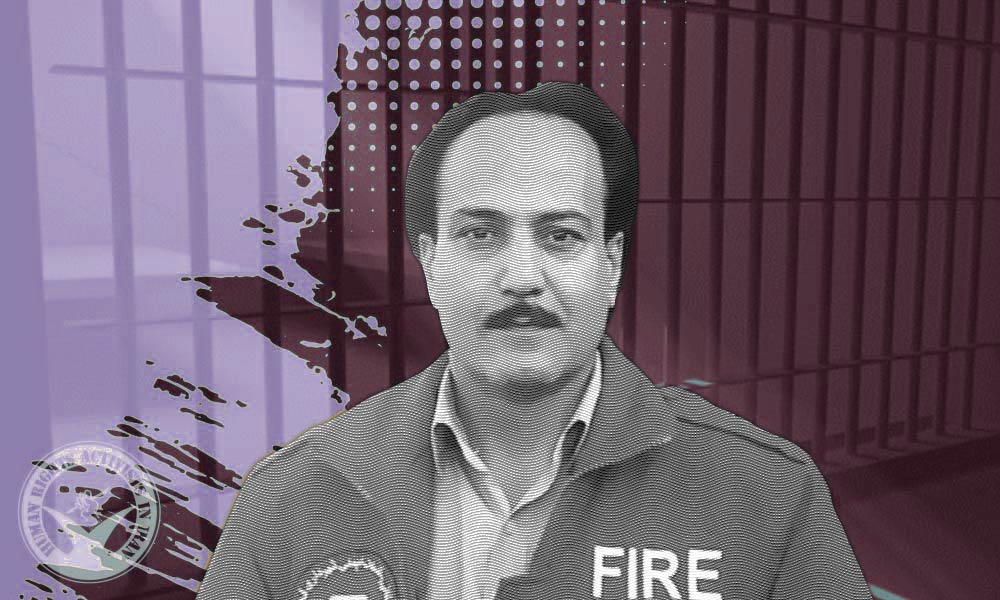 Detained Civil Activist Zartosht Ahmadi Ragheb has been on hunger strike since his arrest on February 21. Last Monday, he was sent to a solitary confinement cell in Evin Prison. Yesterday, he was transferred to the Greater Tehran Central Penitentiary.

According to HRANA, the news agency of Human Rights Activists, yesterday, in blatant violation of prison rules, they sent him to Ward 4 of the Greater Tehran Central Penitentiary, where the prisoners of violent crimes are held.

An informed source told HRANA that his health condition is poor and so far, he has not received any medical treatment.

On February 21, security forces arrested him at his home. They searched the house and confiscated some of his personal belongings.

On June 15, 2020, Ragheb was arrested during an appearance at Branch 4 of Public and Revolutionary Court in Shahriar City to serve his nine-month sentence in the Greater Tehran Prison. On January 15, 2021, he was released from jail after serving his sentence.

However, following a complaint by the Ferdosiye City Municipality, a new legal case was opened against him by Branch 28 of Tehran’s Revolutionary Court on the charge of “propaganda against the regime”. During the trial, a piece of evidence invoked to support this charge included proof that he had signed a petition asking the Supreme Leader of Iran to step down.

Ragheb is a firefighter with 17 years of work experience who was fired from his work due to his civil activities.