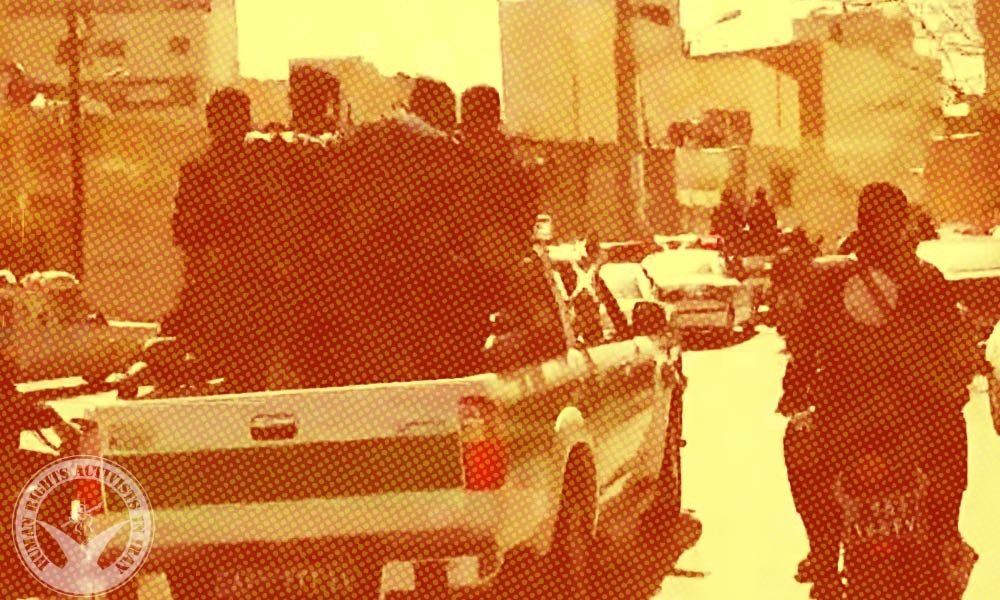 By the order of the prosecutor of Isfahan city, the police paraded eight detainees through the city on a truck to be made examples of. The public shaming of certain tier of prisoners is a flagrant violation of their rights and their dignity. Occasionally, the Iran police used public shame-parading which is in violation of domestic laws as well as human dignity.

According to HRANA, the news agency of Human Rights Activists, quoting IRIB News Agency, eight defendants accused of the crimes related to Chaharshanbe Suri festival were paraded by police through the streets of Isfahan.

The Deputy Chief of police of Isfahan province claimed these individuals used homemade grenades in order to frighten people during the Chaharshanbe Suri festival.

“Following the investigation, these people were identified and arrested. A number of weapons, including broadswords and daggers, as well as explosives, were discovered during a search,” he added.

In recent years, law enforcement officers have occasionally humiliated certain accused criminals in a similar manner, by parading them around the city, which violates human rights treaties, domestic laws, and human dignity.