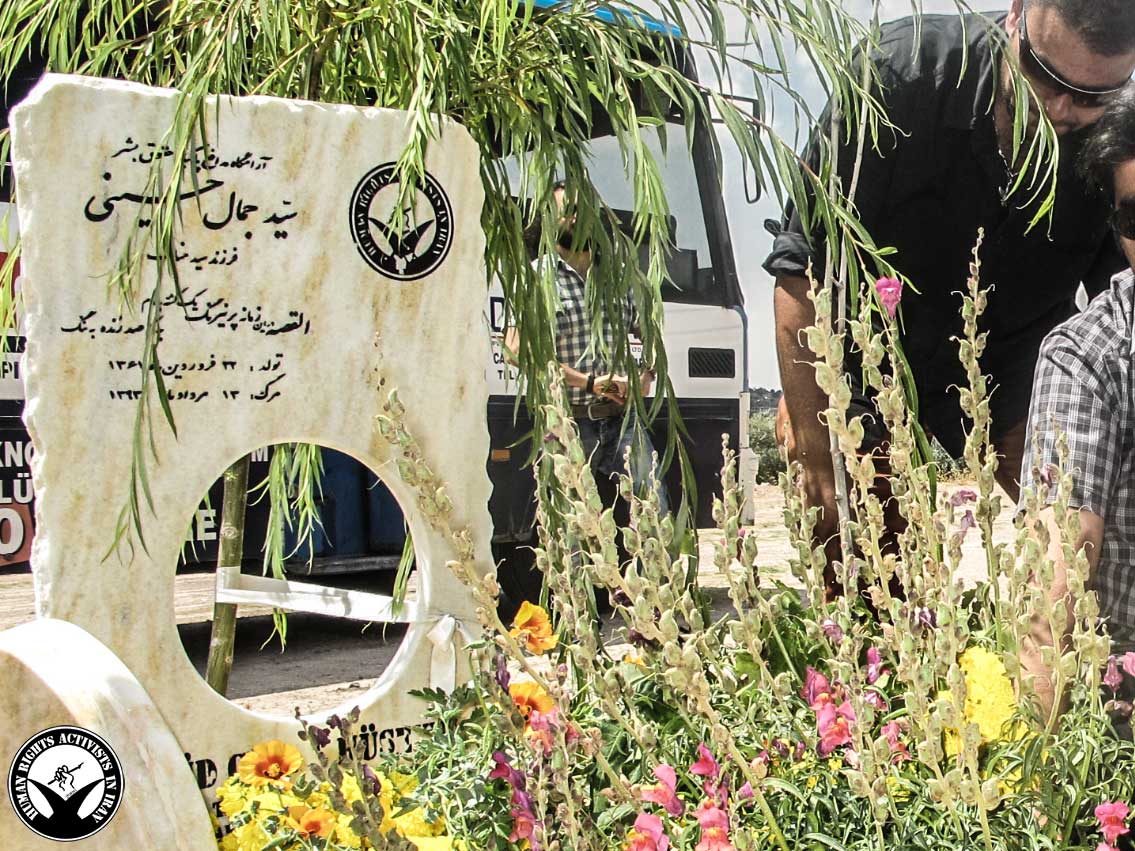 HRANA News Agency – The anniversary of Seyed Jamal Hosseini, former editor of HRANA and co-founder of Human Rights Activists in Iran was held by a number of political and human rights activists on his tomb in Turkey.

According to the report of Human Rights Activists News Agency in Iran (HRANA), a number of political and human rights activists gathered yesterday in the city of Nevshehir in Turkey to pay tribute to Seyed Jamal Hosseini.

Some of the participants held speeches in the remembrance of Seyed Jamal Hosseini and flowers were put on his tomb at the end of the ceremony.

It should be reminded that Seyed Jamal Hosseini’s dead body was found in his home in the city of Nevshehir in Turkey last year. The investigations of the Turkish Police and Judiciary did not end up to a certain conclusion of the possible causes of his death. For more information you can read the last press release of the Human Rights Activists in Iran in this regard.

The following pictures are taken from the mentioned ceremony: